Several people have contributed substantially to this website, and I’d just like to recognize and thank them for their assistance:

Jocelyn is an Australian currently teaching English in Germany. She has created a number of short-story related activities for non-native English speakers. You can find them all on the Teacher Ideas page. Thanks Jocelyn!

Katherine was kind enough to scan and share with us a fabulous Willy Wonka postcard she received from Roald Dahl in 1973. Thanks Katherine!

Jessica is a seventh grade English teacher in Pennsylvania. She sent me a great letter writing activity for “The Landlady”. Thanks Jessica!

In 1989, Amy and her fifth grade class sent letters to Roald Dahl and received a reply back. She was kind enough to share it with us here!

Heather is a student-teacher working with a gifted third–grade class in Tulsa, Oklahoma. Heather’s class read “Fantastic Mr. Fox” in the Spring of 1999 and she was kind enough to share her accompanying classroom activities with me. You can read her ideas here. Thanks Heather!

Marsha teaches 4th grade Reading at St. Benedict School in Johnstown, Pennsylvania. She sent me a list of some of the peachy activities that she and her class engage in while they study “James and the Giant Peach.” Thanks Marsha!

Frank is a model-maker who made his daughter the most amazing Miss Spider. Thanks for sharing, James!

Jeremy wrote an interesting essay in November 1998 entitled “Willy Wonka and the Chocolate Factory as Judeo–Christian Allegory”. He was kind enough to share it with everybody, so please don’t rip off his ideas! E-mail him with any questions and comments and he just might get back to you. Thanks Jeremy!

Andrew is a talented writer and the author of Dead Famous: Roald Dahl and His Chocolate Factory. He was kind enough to send me a copy and supply the site with several more for a contest. Thanks Andrew!

Alisha sent me some great classroom ideas for “The Witches”. Thanks Alisha!

Fran is a children’s theatre advocate, director and theatre specialist in Atascadero, California. Fran was in charge of 20 grade 3-5 students who put on a production of “Charlie and the Chocolate Factory” in January 2000. She was nice enough to send me some of their activities. Thanks Fran!

Andrew is a final year teaching student in Drama and English at the University of NSW, Sydney, Australia. As part of his teacher training, he had to design a 20 lesson long unit of work on a book within the junior high school syllabus. He chose “Boy”. You can see his efforts here. It’s a phenomenal accomplishment! Thanks Andrew!

Keith came across an article in an old FILMFAX magazine about Roald Dahl and the “Way Out” television series. Keith was super-nice and sent me beautiful scans of all the pages. Thanks Keith!

Beverly is an elementary school teacher at Solomon Schechter Day School in Northbrook, IL. She contacted me in 1997 with a unique classroom activity her students had just completed: a mock election between literary characters. The winning ticket consisted of The BFG and Amelia Bedelia. You can read some of the students’ campaign speeches and songs here. Thank you Beverly!

Yasmin works as a Children’s Library Assistant at the Bowen Library in Maroubra, Australia. During the 1999 Easter Holiday she decided to indulge her life-long love of Dahl’s books and plan a literary festival for the children. You can read all about her ideas here. Thank you Yasmin!

Kay is a fourth-grade teacher at Meadowcreek Elementary in Fort Worth, Texas. She sent me a great idea for a project in which students make commercials for frobscottle and snozzcumbers. Thanks Kay!

Pam is a 4th grade teacher at Rangerville Elementary School in San Benito, Texas. She sent me some great classroom ideas for “The BFG,” including a fun recipe for Frobscottle. Check it out here. Thanks Pam!

Kristie is a schoolteacher who was nice enough to send me an essay that she wrote about Dahl in college. It’s a great explanation of Dahl’s appeal to kids and why she looked up to him as her hero. She’s also volunteered to help field any homework-related questions students have about writing Dahl papers. Just e-mail her! Thanks Kristie!

Mike is a fellow Dahl fan that’s been nice enough to send me a number of scanned illustrations from his large Dahl collection. He’s also a great person to just chat about Dahl with and discuss his books. Thanks, Mike!

Vicki is a third grade teacher at Sylvania Schools in Ohio. Her students used the Internet to locate my page and then send me a letter with their messages about Dahl. Thanks Vicki!

Jenn submitted a great activity she did with her class called Wonka Bingo. Thanks Jenn!

Stephen has written a book called Death and Mr Pickwick , and in the course of researching it he came across Dahl’s entry “5 Books to Take to a New Planet” from The Book of Lists 3. He was kind enough to share that with us. Thanks Stephen!

Geoff had an issue of Fangoria Magazine for sale on Ebay.com that contained an article about Roald Dahl’s television series “Tales of the Unexpected.” When I asked him about it, he offered to scan in the entire article for me at NO CHARGE! Thanks Geoff!

Caryn is an OAC student in Ontario, Canada. She wrote a great essay entitled “Boy Going Solo” for an English class and offered to share it with others at my site. She also urges anyone with questions or comments about the paper to e-mail her. Thanks Caryn!

Jenny happens to be my cousin! She lives in Chicago and she was nice enough to head down to Marshall Field’s to take photos of their 2003 Christmas windows. Thanks Jenny!

Frankie is an ESL Teacher at United World College of SE Asia, Singapore. He sent me SEVERAL wonderful lesson plans for various Dahl short stories, all of which can be seen on the Teacher Ideas page. You can also visit his own page. Thanks so much Frankie!

These two elementary school teachers came up with some great ideas to get their grade 2/3 students interested in reading. They sent me a great e-mail with some of the kids’ impressions, as well as a recap of the activities they’ve done. Thanks, ladies!

Cassandra is a student at the University of California, San Diego. She was kind enough to permit me to post her excellent essay, “Charlie and the Political-Correctness Factory”. Thanks Cassandra!

Pat and David both work at the Roald Dahl Children’s Gallery in Aylesbury, Buckinghamshire, England. They have provided me with TONS of information about the gallery itself, and when I visited there in April 1998 I got to meet them in person. They were amazing! Pat had arranged to have tea with me and present me with my complimentary ticket, and then David and I had a long talk about the gallery and my website. He even introduced me to two BBC Radio interviewers and urged them to speak to me about an upcoming Dahl story they were doing! I can’t thank them enough for their kindness…

Richard lives in Weston-super-Mare, England (where Roald Dahl went to school!). He e-mailed me in October 2003 with a scan of a newspaper article containing an unpublished Dahl poem. Thanks Richard!

Madonna is a 4th grade teacher at Caningeraba State Primary School, Burleigh Waters, Gold Coast, Queensland, Australia. She devised a wonderful English lesson plan to go along with “The Twits” and was generous enough to share it with others through this site. You can read her plan (and a great student example) here. Thanks Madonna!

Marjon contacted me in August 2001 about an obscure Dahl opera that he found entitled “The Soldier”. As I knew nothing about it, he was kind enough to send me cover scans along with all the information he had. Thanks Marjon!

In September 2002, I was contacted by a nice man named Franz Schlosser. Franz has translated “Revolting Rhymes” into French, German, and Latin and hopes to publish his translations as a book. He was kind enough to let me post his Latin version of “Cinderella” (complete with illustrations!). Thanks Franz!

Andrea is an English author who wrote a children’s biography of Roald Dahl entitled “What’s Their Story? – Roald Dahl”. She has a great website full of information about the book. Not only did she write me and provide me with information about the bio, but she also had her publisher send me a copy! All the way to America! It’s a terrific book and she’s just one of the nicest people…

Axel is a German man who has been living in England for a few years and who actually visited Roald Dahl’s home, Gipsy House, in Great Missenden. Axel wrote me a great letter about his experience and even sent in some scanned pictures! You can see for yourself here. Thanks Axel!!

Patricia is an English teacher at Saint Leonard’s College in Buenos Aires, Argentina. She sent me some excellent student writing samples for “The Twits” which you can read here. Thanks Patricia!

Marvin is a very passionate Dahl fan who has contributed several items for the site. Not only did he track down “Smoked Cheese”, he also added some very salient commentary about the “Shot Down Over Libya” controversy. More recently, he tracked down some rare Gremlins sequels. Thanks Marvin! 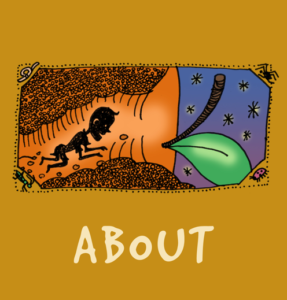