“Matilda – The Musical” has been running in London’s West End since 2011. It began when the Royal Shakespeare Company announced their intention to adapt Roald Dahl’s story into a musical in 2009. The songs and lyrics were written by the British-born Australian comedian/singer/songwriter Tim Minchin, Matthew Warchus was elected to direct and the play was written by Dennis Kelly. It was first performed at the Courtyard Theatre in Stratford on December 9, 2010.

One year later, and the musical moved to the West End. Many of the cast (including Bertie Carvel as Miss Trunchbull) reprised their roles – though only one of the original Matilda’s appeared in the West End. The musical won Best Musical at the Theatre Awards UK. Matilda won seven Olivier awards (Best New Musical, Best Director, Best Actor in a Musical – Carvel, Best Actress in a Musical – all four Matildas, Best Theatre Choreographer, Best Set Design, Best Sound Design). Since then, most of the cast has been replaced with new actors.

In Spring 2013 the show transferred to Broadway. It is still set in England. Bertie Carvel returned as Trunchbull, and Lauren Ward reprised her role as Miss Honey. Subsequent touring productions have been mounted in the US and Australia. 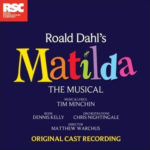 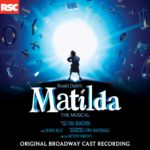