In December 2020, the British Medical Journal published a very special scientific paper: “Toxicological analysis of George’s marvellous medicine: literature review“. Graham Johnson, a consultant in emergency and paediatric medicine, and Patrick Davies, a consultant in paediatric intensive care, reviewed each of the 34 ingredients in George’s marvelous medicine against a poison control database to assess the toxicity.

Our findings suggest that far from being marvellous, George’s medicine is in fact incredibly toxic.

If you’re in the UK, there’s a new movie airing on Sky One on Christmas Eve called Roald & Beatrix: The Tail of the Curious Mouse.

This movie is based on the “true story” of when six-year-old Roald Dahl met his favourite author, the 80-year-old Beatrix Potter. Two of the most famous children’s books authors meeting up?! Seems to good to be true, doesn’t it? As a longtime Dahl fan, my initial reaction to this news was, “Huh??” I immediately ran to check both the Treglown and Sturrock biographies, and neither of them mention this at all. You’d think this momentous intersection between Dahl and Potter would merit a mention, right? 🤔

The only actual source I’ve found so far is this story from Wales Online, which says, “Dahl confided in friend Brough Girling about the meeting before his death in 1990, and Mr Girling has spoken about it for the first time” in 2008. Girling claims that Felicity Dahl confirmed the story, and presumably that’s true given the fact that they’ve turned it into a film.

Still, it’s all rather tenuous, isn’t it? Dahl was a very old man when he related this story to Girling, and Girling only came forward with it 18+ years later. And I know there are examples of Dahl misremembering events from his own childhood. In Boy – Tales of Childhood, for example, he talks about how seeing Geoffrey Fisher, then Archbishop of Canterbury, crown Queen Elizabeth in Westminster Abbey made him doubt the existence of God, since Fisher had administered vicious flogging and abuse to boys at Roald’s school Repton. However, Jeremy Treglown realised the dates didn’t line up and Dahl had confused Fisher with his successor as headmaster. Could he have misremembered meeting Potter?

Look, I have no idea whether Roald Dahl ever did meet Beatrix Potter. I just find it odd that two biographers, both of whom did massive amounts of research on his life (and Sturrock was a family friend, I believe), neglected to mention this meeting in their books. 🤷‍♀️

Many folks alerted me to the recent apology posted on the official Roald Dahl website and seemed surprised to learn about this aspect of the author. It’s never really been a secret, and I suspect it’s probably the reason he was never offered the knighthood he wanted. (Similarly, The Guardian reported the Royal Mint cancelled plans to honour the 100th year since his birth with a commemorative coin because of his anti-Semitic remarks.) Since I started this fan site back in 1996, I’ve received a number of emails from students and teachers upset when they learned of some of Dahl’s problematic opinions. I even had an item on my FAQ page about it. While I appreciate that the family made a statement, it’s very brief and rather vague. I’m also unclear what prompted them to finally apologise so many years after his death.

If you are interested in reading more about the unvarnished Dahl – both the good and the bad – you should check out Jeremy Treglown’s Roald Dahl: A Biography (or read these reviews of the book which mention a bit of it).

Great news, Dahl fans! The UK’s Unicorn Theatre, together with The Guardian, have released a brand new theatrical reading of one of Roald Dahl’s best-loved books about a most despicable couple, The Twits, the clever Muggle-Wump and the magnificent Roly-Poly Bird. This unabridged reading, filmed in the Unicorn theatre, is gleeful, gunge-filled digital storytelling aimed at children aged 6 – 12.

And you can watch the whole thing online until November 30th!

Are you a serious Dahl collector? Richard Walker is the author of several guides to Dahl first editions, and he’s recently posted an article to his website with information about how to identify each of these prized volumes. If you want to check whether you’ve got a first edition, you should definitely check it out! 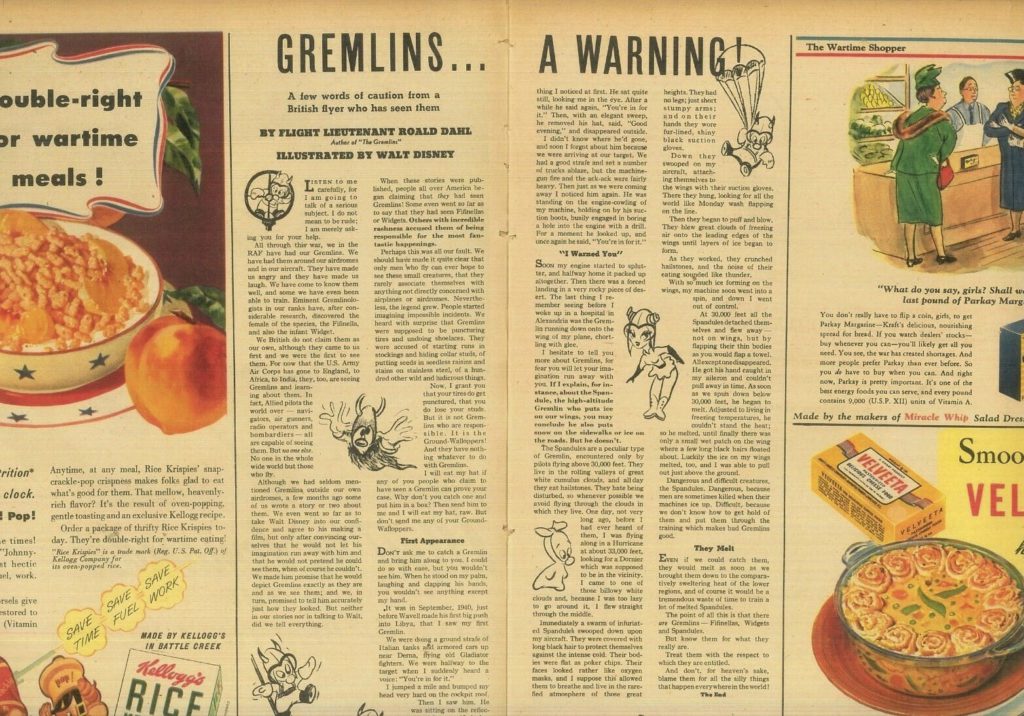 Today I learned that Roald Dahl wrote, on at least one occasion, a published movie review! His review of the 1964 British neo noir drama film Séance on a Wet Afternoon was called “The Painful Pleasure of Suspense” and was published in the December 1964 issue of LIFE Magazine. You can go here to read the complete text.

I have to say, I winced a few times while reading that review. Not because of his opinion of the film (which he loved), but because some of the comments seem particular pointed for someone married to a movie star actress. For example, “fine actors of only moderate fame will make far better films than glamorous world-famous stars of only moderate ability.” 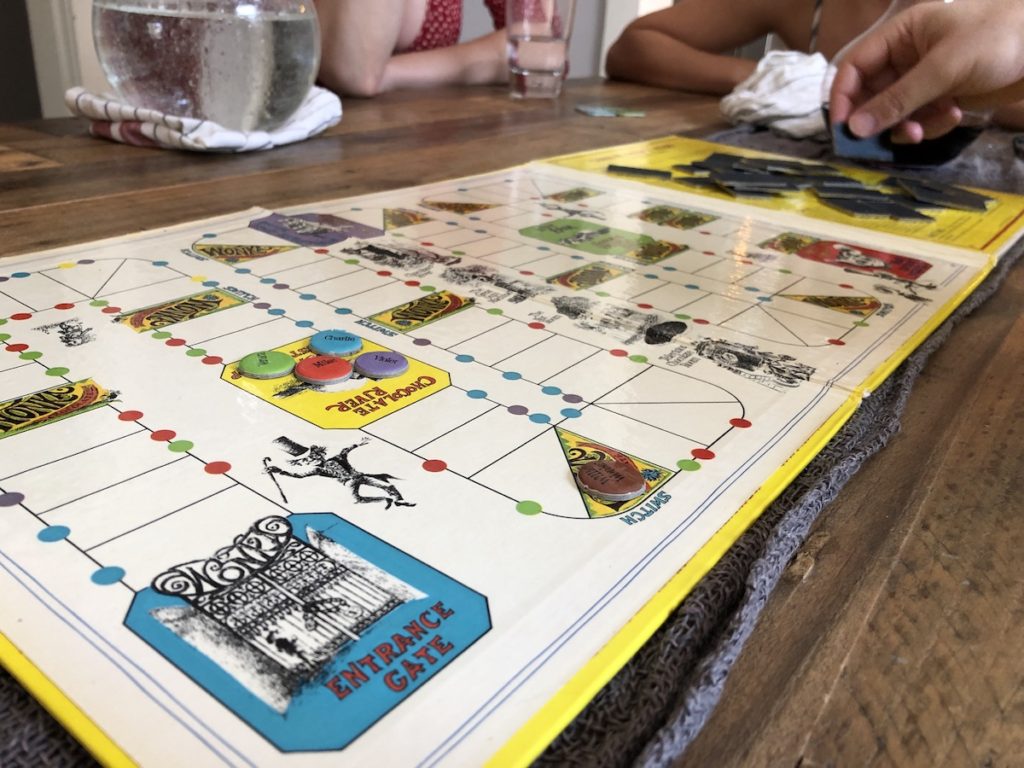 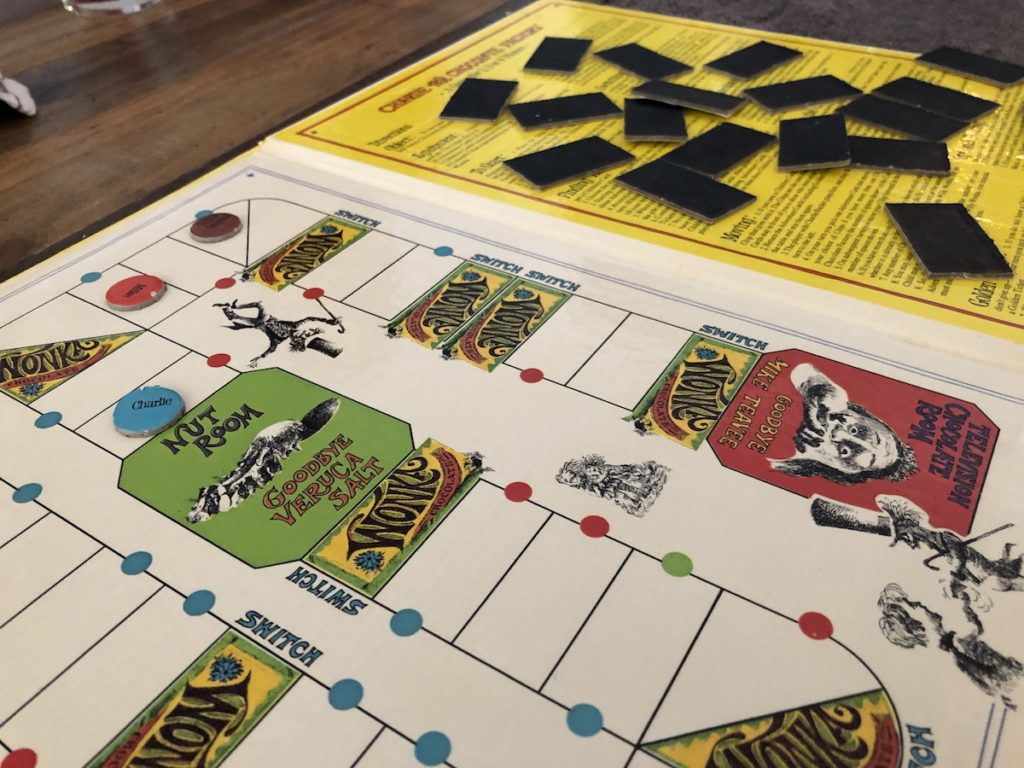 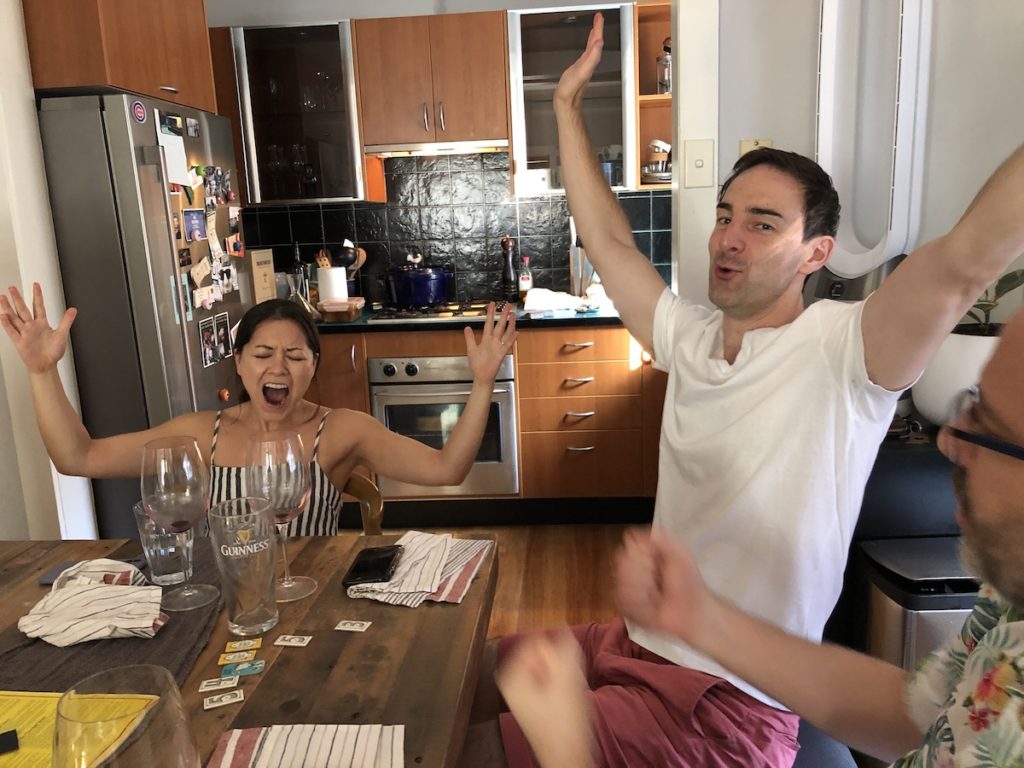