August 1960 – “Murder in Africa” is published in Keyhole Mystery Magazine.

James and the Giant Peach 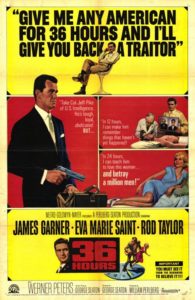 Note: Dahl didn’t actually have much to do with this film. He found out about it after it was produced and was surprised there was no acknowledgement of his story “Beware of the Dog”. He instructed his agent to ask MGM for a settlement. After a short fight with the studio, Dahl was granted his credit as well as a payment.

February 17, 1965 – Patricia Neal suffers three burst cerebral aneurysms and is in a coma for three weeks.

“Life of baby in balance”

May 1965 – “The Visitor” is published in Playboy magazine.

January 1966 – “The Last Act” is published in Playboy magazine.

You Only Live Twice 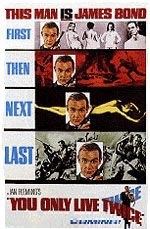 Dahl wrote the screenplay for this film based on Ian Fleming’s Bond novel You Only Live Twice.