“Lamb to the Slaughter”

September 1953 – “Lamb to the Slaughter” is published in Harper’s Magazine.

September 4, 1953 – “The Devious Bachelor” is published in Colliers magazine. (The story would later be republished as “Nunc Dimittis,” “A Connoisseur’s Revenge,” and “Twenty Years Younger.”)

October 31, 1953 – “Edward the Conqueror” is published in The New Yorker magazine.

November 1953 – “Galloping Foxley” is published in Town and Country magazine.

“The Way Up to Heaven”

February 1954 – “The Way Up to Heaven” is published in The New Yorker magazine. (The story would be later republished as “Going Up.”)

April 28, 1955 – The Honeys (play) premieres on Broadway and closes after 36 performances. 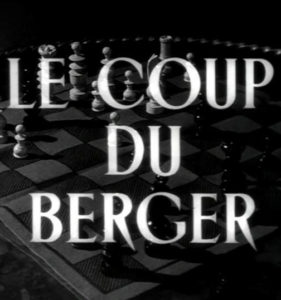 Note: This film is not actually based on Dahl’s story “Mrs. Bixby and the Colonel’s Coat”, but rather on the same apocryphal anecdote that Dahl based his story on.

November 25, 1956 – The Soldier (opera) is performed in concert at Carnegie Hall in New York.

April 13, 1958 – The first of many of Roald’s stories (“Lamb to the Slaughter”) appears as an episode of Alfred Hitchcock Presents.

“The Champion of the World”

January 31, 1959 – “The Champion of the World” is published in The New Yorker magazine. (The story would be later republished as “Sitting Pretty.”)

“Mrs. Bixby and the Colonel’s Coat” and “A Fine Son”