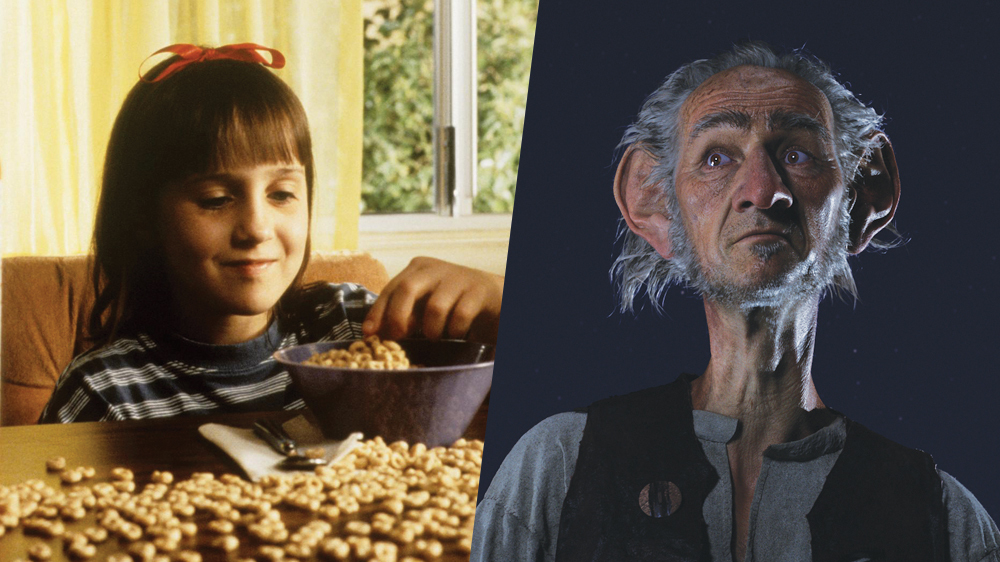 From “The BFG” to “Matilda” to “Charlie and the Chocolate Factory,” here’s how five Roald Dahl books became movies.

Oh wow! There’s a new theatrical production starting in London in September called Dinner with the Twits. It’s “an interactive theatrical dining experience that invites its audience to the worst dinner party in the world at the residence of the revolting Mr. and Mrs. Twit”. You can learn more about it and buy tickets at twitsdinner.com. 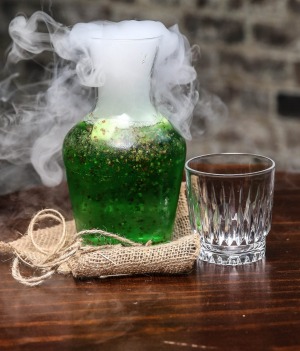 Wow – just discovered that a BFG-inspired pop-up dessert bar will be open this Monday, July 1, near where I live in Sydney, Australia. I’ll try to get over there to check it out!

Recently I got an email from a visitor asking why, in the 1971 film Willy Wonka and the Chocolate Factory, Wonka chooses to open his factory on October 1st. The book, you may recall, has the date on February 1st. So I did some digging…

The archive of The New York Times is a treasure trove. Recently I managed to find more than a dozen mentions of “The Honeys,” Roald Dahl’s one failed attempt at playwriting from 1955. It’s fascinating to trace the trajectory from the optimistic early days when the project was first kicking off, to the first indications of trouble (the director quit!), the eventual premiere, subsequent bad reviews, and ultimately its closing. Even at the end, Dahl was still vowing to rewrite and launch a new production in London. Looks like that never happened…

It’s not often I get to read a Roald Dahl story for the first time, much less twice in one day!

A few weeks ago I was contacted by Zoran Pajic, who was trying to find a copy of an obscure story that Dahl had contributed to called “Death in the Square: A Christmas Mystery in Four Parts.” It was published in the December 24, 1988 issue of The Daily Telegraph Magazine. I had to confess I’d never heard of it! I went down a research rabbit-hole and eventually managed to locate a copy with the help of a librarian friend, Amy Allenspach. It’s a very, very odd story, and I’ve written up a plot description if you’re curious. Thanks for the prompt, Zoran, and thank you Amy for assisting!

Ever since Zoran’s question, I’ve continued to research the various periodicals that published Dahl short stories. I started with the list at the end of Sturrock’s biography. Sturrock says that the first printing of “Ah, Sweet Mystery of Life” was in the September 1974 issue of The New Yorker. However, when I started looking for it I discovered this is an error. The story was actually published in the September 14, 1974 issue of The New York Times. I managed to find a copy of the issue, and to my surprise the story is quite different from the version I was familiar with. Dahl relates it as a true story that happened to him, and there’s no mention of Claud in it anywhere. It also has a slightly different title. I’ve transcribed Dahl’s introduction and added some funny letters that were later published in The Times as a response. Pretty cool!

Thanks to Rafer Guzmán for mentioning the site in this Newsday article: “How Steven Spielberg is reinventing Roald Dahl’s ‘The BFG’ for the big screen“. I had a long chat to Rafer last weekend about Dahl’s books and movie adaptations, as well as all the activities happening this year for the hundredth anniversary of his birth.

The Guardian has a lovely collection online of some of Quentin Blake’s unpublished illustrations of The BFG. These are currently on display at the BFG in Pictures exhibition at London’s House of Illustration. What do you think of them? I’m really glad that they didn’t go with this younger, boot-and-apron-clad version of our favourite Giant! 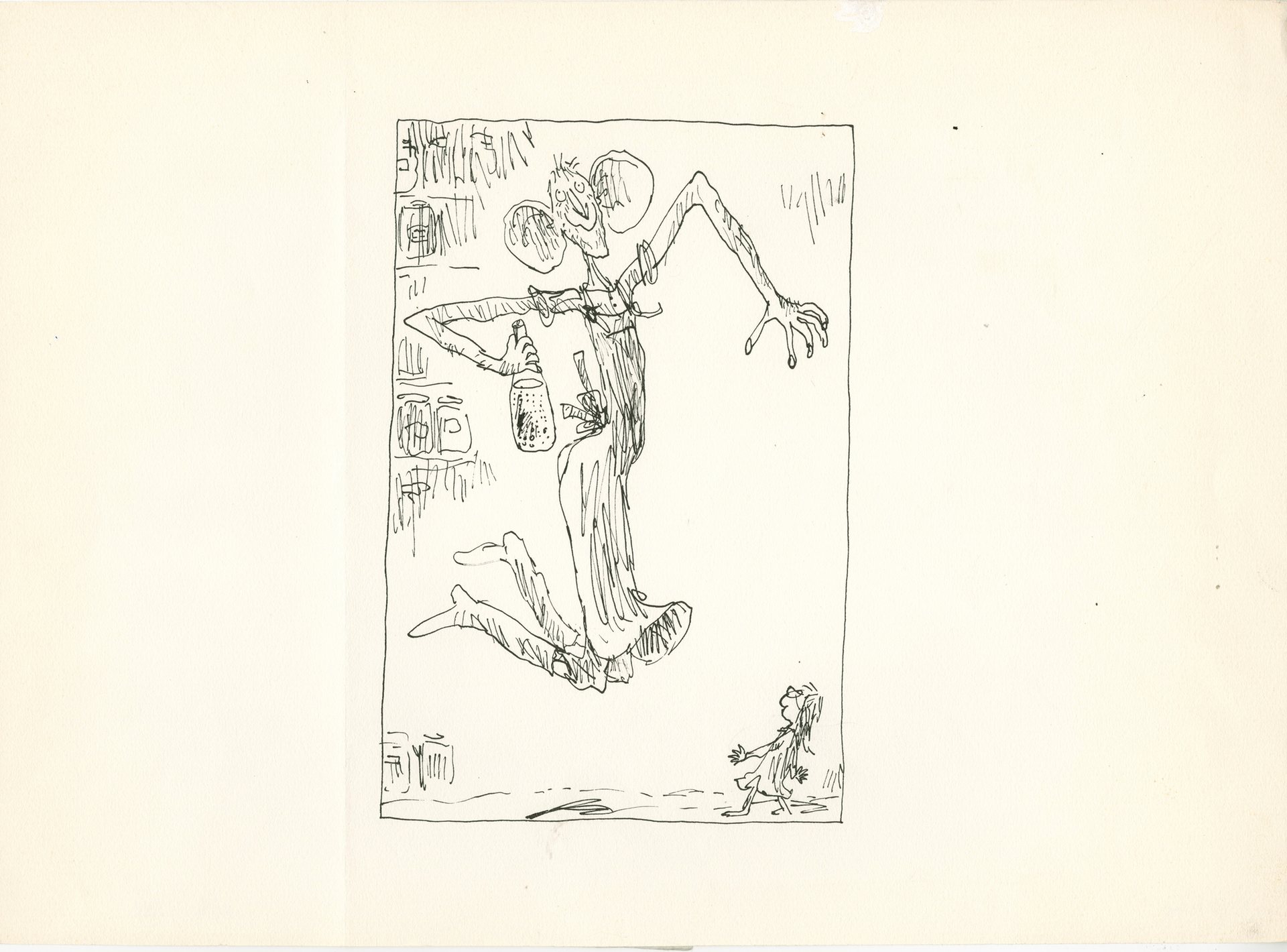 If you’re in the UK, there’s a fabulous Dahl-related event coming up in just over a week!

Aylesbury’s Roald Dahl Festival 2016 takes place on Saturday 2 July from 11am to 4.30pm. The theme for this year’s spectacular community event is the BFG and as ever it will be a day brimful with colour, noise, activities and entertainment for all the family to enjoy, whatever the weather. The popular parade at 11am will feature larger-than-life puppets and colourful artwork made by hundreds of local school children and young people, but this year there will also be exciting new attractions. A Carnival of Characters inspired by the books of Roald Dahl will wow the crowds as children aged five to 11 compete for the best costume. Celebrity CBeebies chef Katy Ashworth will invite visitors to try awfully fabulous recipes inspired by Roald Dahl. Children’s favourites Jim Smith and Andy Stanton will read from their award-winning books and talk about the characters they created. Find out more at www.aylesburyvaledc.gov.uk/dahl or call 01296 585298.