Skip to content
His Work > TV Shows > Tales of the Unexpected

A British anthology series featuring tales of horror, mystery and suspense. Most episodes featured a twist ending, and many of them were based on short stories by well-known writer Roald Dahl, who also served as the show’s host during its first two seasons.

Dahl’s introductory words to “Man From the South”, which was the first episode:

“I ought to warn you, if you haven’t read any of my stories, that you may be a little disturbed by some of the things that happen in them. When I’m writing a short story, I’m haunted by the thought that I’ve got to hold the reader’s attention for literally every second, otherwise I’m dead. The one you’re going to see now is the first of a series based on stories that have taken me thirty-five years to write. I find them difficult to do well, so I work slowly. About two a year. This one was filmed in its real setting: Jamaica. I hope you like it.”

“Man From the South” 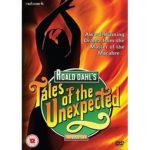 Note: This album consists of many selections from composter Ron Grainer’s work, but the only track from Tales of the Unexpected is the theme!

Grainer notes: “The theme for the series is a cheekily innocent counterpoint to Roald’s wicked sense of humour.” 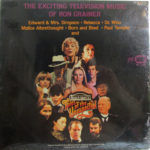 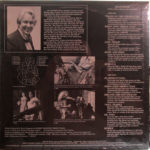 Terry Fisk, a blogger and Grainer aficionado, emailed me and mentioned that other Grainer fans have been trying for years to get a full Tales soundtrack released. He also mentioned an intriguing bit of trivia:

Earlier this year an unconfirmed research tipoff said that Ron Grainer wrote a musical with Ned Sherrin and Caryl Brahms based on the “Kiss Kiss” book around 1965 but eventually abandoned it and recycled the melodies for other projects like “Comes The Time” their 1966 Eurovision song entry sung by Kenneth McKeller.