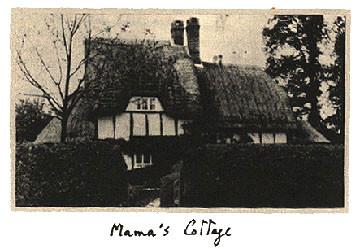 Dahl’s mother Sophie’s cottage in Grendon Underwood, Buckinghamshire, England. During WWII Sophie and her daughters moved here to escape the German bombings in London and eastern England. When Roald returned home from duty in the Royal Air Force in 1941 he at first had no idea where to find his family. Their eventual reunion is described by Dahl on the last page of his autobiography Going Solo.