Spoiler warning! The narrator of this famous story is never named, but I always presumed him to be an English writer (i.e. Dahl’s stand-in). This narrator is lounging by a pool at a Jamaican hotel when he meets a strange little South American man in a white suit and cream Panama hat. They are joined by an American boy and an English girl, and the boy offers them all a cigarette. When he boasts that his lighter always lights, even in such wind, the old man asks if he’s willing to bet on it. The boy is surprised but agrees to bet a dollar. The old man laughs and offers to up the stakes: If the boy can light his lighter ten times in a row, he will give him a brand new Cadillac. If the boy loses, the man will cut off the little finger on his left hand. After some deliberation, the boy agrees to the bet. They all go up to the old man’s room where he prepares for the bet. The boy’s hand is tied to the desk with his pinky sticking out and the man holds a chopping knife at the ready. The boy makes it up to eight successful lights when the door suddenly opens and a woman rushes in yelling in Spanish. She throws the old man down on the bed and apologizes to the others. She says that she should not have left him alone and that he has taken forty-seven fingers where they come from. She eventually managed to win everything from him, but it took her a long time. The last thing the narrator sees as he leaves the room is the woman’s hand… with only one finger and one thumb left on it. 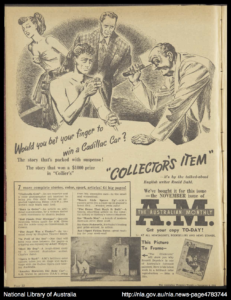