Skip to content
His Work > Movies and Videos > Nativity

‘Nativity’, by Doug Howard, had no difficulty in carrying off the major award. The reasons will be obvious. The script, adapted from one of Roald Dahl’s short stories, gives it a significant start. Howard filmed under tightly-controlled conditions, in blacks, whites and reds. The dramatic tension builds up through a mother’s fear that this new child, like her others, will not survive. ‘Nativity’ depends very much on its punchline, which reveals the child’s identity. 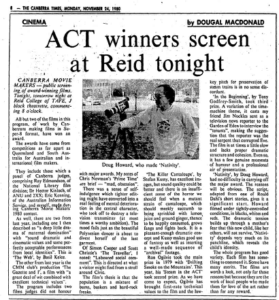