In its October 2014 issue, Vanity Fair magazine printed a “never-before-seen” draft chapter from Charlie and the Chocolate Factory.

“A half-century after the publication of Charlie and the Chocolate Factory, in a never-before-seen chapter from an early draft which its author, ROALD DAHL, later omitted, Willy Wonka watches as three kids try a dangerous new treat.” 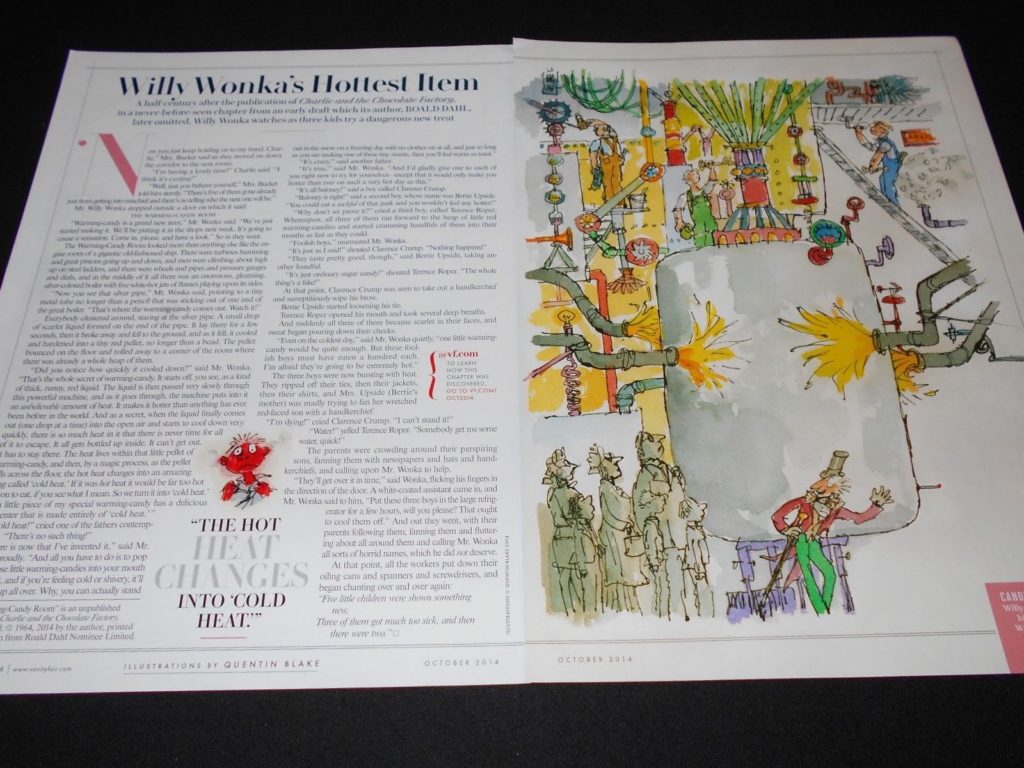 The chapter hints at a number of differences from the published version of the novel. For example, Mrs. Bucket has accompanied Charlie to the factory rather than Grandpa Joe. There were originally ten recipients of Golden Tickets, and at this point in the story, five are gone and five remain (including Charlie). Dahl hadn’t yet come up with the concept of Oompa-Loompas, and the chapter refers to “men” as his workers and assistants.

The description of “THE WARMING-CANDY ROOM” and the machine that produces it are very similar to the Great Gum Machine, and it’s clear that Dahl used this chapter as a basis for Violet’s adventure. The machine produces candy that will keep the eater warm on a cold day. Three boys – Clarence Crump, Bertie Upside, and Terence Roper – all eat handfuls of the candy in an attempt to prove Mr. Wonka wrong, and all overheat and are taken off to spend some time in a refrigerator.